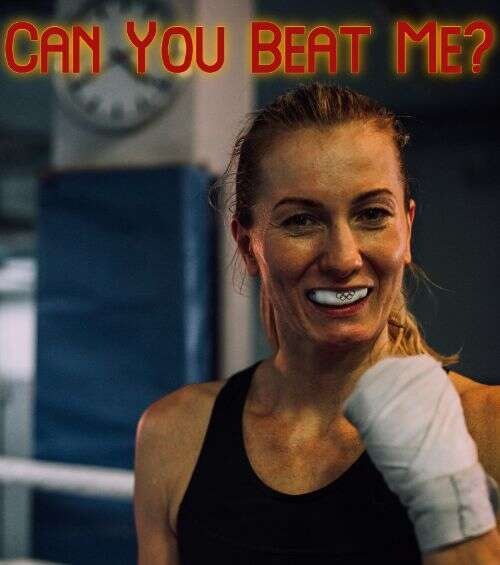 Are women really just as good as men when it comes to athletics?  What about boxing, street fights, MMA?  From 2011 until 2014, I had the privilege of training more than 100 people in Chicago and the suburbs.  The gender split was about 35% women vs 65% men.  Some of my best technical boxing students were women #truth.   I wondered why since many male clients had a bit of experience competing in Boxing, Golden Gloves, and even Muay Tai Kickboxing.  Over the years, I let trepidacious women interested in boxing know that they would excel for the first 6 months (at least) because I noticed they listened to the coaching and therefore executed the moves correctly and quicker.

The most common difference between men and women is the difference in their reply to technique corrections.  While men ask 2-3 questions, challenge well-known best practices, and then reluctantly follow directions, Women would simply say, “ok” and then correct their form and technique.

After 6 weeks, on average, womens’ technique would be better than their counterpart.  So I wrote what appears to me as the reason why women are generally better at boxing techniques.

The Three (3) Reasons Why Women are Generally Better Than Men

Most Men Have Prior Experience or Training


Most men have preconceived notions on how to punch, evade punches from others, and even to fight, in general.  Men have watched street fights, local boxing events, or may have caught the recent Pay-Per-View.  Men see other men do something and they often think that because they have seen others, they could mimic them easily.  Most women do not have preconceived notions on how to fight, spar, engage in defense, or other fundamentals.  In the beginning, YES!  Women are easier to train in boxing than men (most men).

“Practice makes permanent,” I heard uttered.  This is true though, ya know?  I trained a few gentlemen with 3 or more years of boxing experience.  Their punches were terrible.  To make it worse, they could NOT fix their bad habits.  Jonathon’s left hook lacked power because his elbow was too high and he couldn’t fix it no matter how many pushups I made him do.   Scott’s jab dipped before it was launched toward his opponent.  You could see it coming a mile away and he couldn’t stop himself from telegraphing it.  He was hit many times by a counter-overhand right, a setup by his opponents.   Women rarely have bad habits, so when they are told to execute an offensive or defensive move, they usually can do it well and do not need much micro-management (pushups).

Most women are more coachable than most men when it comes to boxing.  Not everyone, but most.  How much is most?  I’d conservatively say that 90% of women are more coachable than 90% of men.  I taught boxing part-time for more than 10 years and full-time (14 hour days) for 3 years.  I have coached professional athletes, professional coaches, actors, servers, lawyers, day laborers, students, and even men and women that were unemployed.   Women are more coachable, which means they genuinely try to listen to the coaching and execute the moves to the best of their ability.   However, the most uncoachable people I had the experience of training were women.  Sorry ladies, some of you are just too obstinate.  Anyone not willing to “take the coaching,” will never become good.  Thankfully, that is less than 5% of women in my experience.

I used to have a heavy bag drill that forced a person to rock their shoulders back and forth while punching a heavy bag.  This trains a person to NEVER throw “arm punches.”  Arm punches make a person seem like they have fast hands, but lack power.  The record for the drill was set by a man at 157 power punches in 30 seconds.  That is 5+ punches per second for 30 seconds.   Second place was a woman at 155 power punches.   The entire gym would stop to watch her.  She was cute and powerful.  Her father was a Chicago police officer and one of Muhammed Ali’s bodyguards – she had good genes.

This goes to show that women can be very good boxers, excellent athletes, and fantastic students if they are willing and coachable.

Boxing Classes:
We are currently searching for a venue for classes up to 10 students. With COVID-19, there are fewer gyms, so your patience is appreciated.